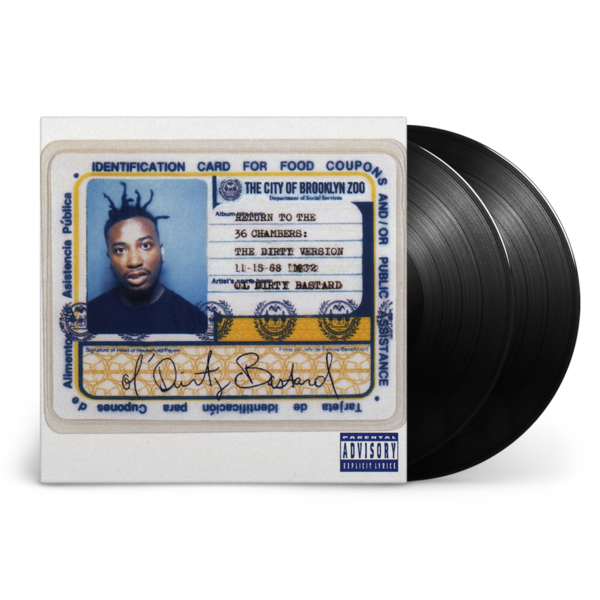 Return To The 36 Chambers (Dirty Version)

Ol’ Dirty Bastard rose to fame in the world renowned Hip Hop gang Wu-Tang Clan. His vocal input in Wu-Tang’s Enter The Wu-Tang [MOVLP215] added comic relief and unpredictability to the overt gangsta lyrics, so when producer RZA worked with him to capitalize on his unique style on his own solo album, ODB jumped (probably literally) at the chance.

Return To The 36 Chambers (1995) is chock full of his rants, growls, schtick and off-beat rhymes. After release, “Shimmy Shimmy Ya” and “Brooklyn Zoo” quickly became true Hip Hop classics. An entertainer in his own right, ODB was perhaps one of the realest rappers out there, and unfortunately died in his prime in 2004.

SIDE A
1.Intro
2.Shimmy Shimmy Ya
3.Baby C’mon
4.Brooklyn Zoo