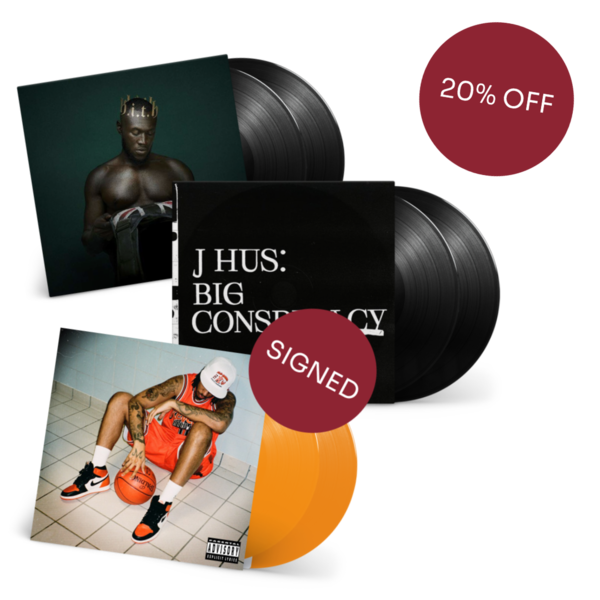 Big Conspiracy blends African pop with Jamaican dance hall and reggae and the sounds of US and UK rap; a distinctive mix initially devised by Jae5 from a childhood spent between London and Ghana. The album refines the energy of Common Sense into a smoother but no less ingenious form. The music is relaxed and mostly upbeat, even when J Hus is describing tense situations and states of mind.

Heavy Is the Head: