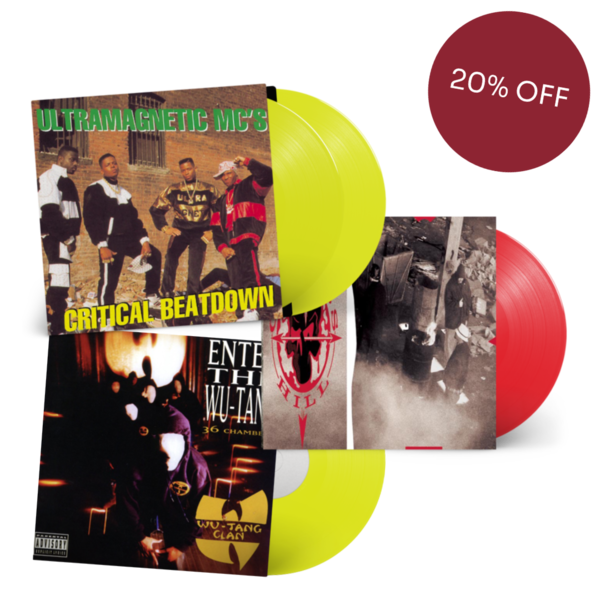 New York Hip Hop revolutionaries Ced-Gee, Kool Keith, Moe Luv and T.R. Love, known as Ultramagnetic Mc’s dropped their seminal debut album Critical Beatdown in 1988. Immediately grabbing the attention and pushing the boundaries of hip hop into new horizons, it was hailed as a masterpiece by the underground. Influential hip hop magazines The Source and Hip Hop Connection both listed Critical Beatdown in their Top 100 charts, naming it one of the best 100 hip hop albums ever. The 1986 single “Ego Trippin” is one of the first tracks to use the SP1200 drum machine (programmed by producer Ced-Gee), and the SP1200 would later become the golden standard for many hip hop producers.

Along with Dr. Dre's The Chronic, the Wu-Tang Clan's debut, Enter the Wu-Tang (36 Chambers), was one of the most influential rap albums of the '90s. Its spare yet atmospheric production - courtesy of RZA - mapped out the sonic blueprint that countless other hardcore rappers would follow for years to come.