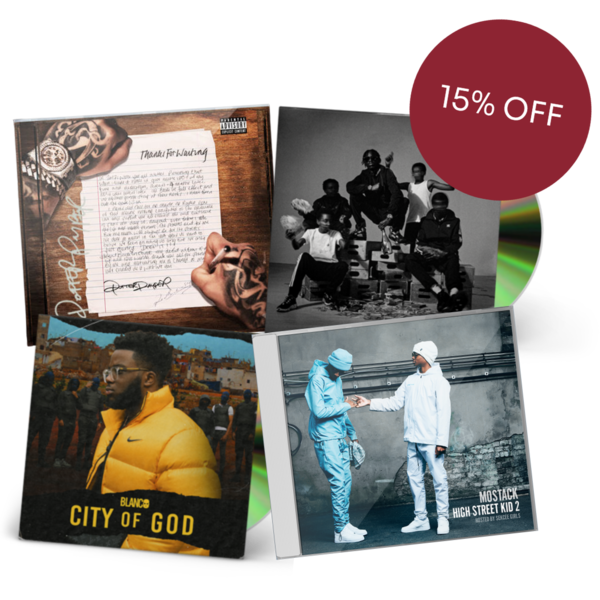 Potter Payper - Thanks For Waiting

"In 2017 I wrote you all a letter promising that when I made it home I’d give music 100% of my time and dedication, 3 years + 4 months later, 100s of your letters later, I’m back in full effect and I’m always gonna stay at their necks… I have been out the gate lol

I never did this for no charts, no radio, none of that means nothing compared to the genuine love and support you all showed me and continue to show me day in, day out, even before I took my life and music serious. The streets ain’t for me, but my music will always be for the streets.

I’ve done so much in the last year it’s hard to believe I’ve been grinding so long but I’ve only just started… DEEP IT!!! Real back in style, my debut album is coming up and I just wanna thank you all for standing by me and motivating me to change so many lives – couldn’t do it without you."

'Adolescence' is Unknown T's most recent body of work. The new mixtape features some of the scene’s finest artists, soon to be unveiled, and will include his previously released hits ‘Wonderland’, ‘WW2’ and today’s ‘Goodums’.

With this project, the rapper, who has numerous MOBO Award nominations under his belt, won and has been breaking records with his previously released singles, once again showcases his unmatched signature sound and witty wordplay that fans know and love. Recorded over lockdown last year, it is stacked with both profound and up-beat tracks and features collaborations with some of the UK’s hottest talents.

Blanco has seen success with the first single released from the mixtape The Great Escape with Central Cee. The single was Blanco's first entry into the Official UK singles Chart and the music video now has 2.6 million views. Hailing from Kennington, South London, 20-year-old Joshua, is better known to his fans as Blanco. As a key member of Harlem Spartans - one of the most well-known drill groups in the UK - Blanco has already made his mark on the UK drill scene, along with the group.