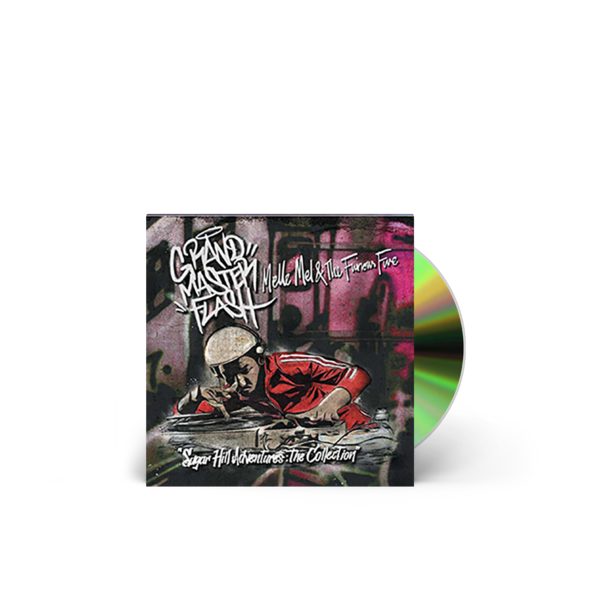 Featuring all of their Top 100 hits in a deluxe CD box set covering their entire Sugarhill Records output of singles, including full length versions of the top 10 hits ‘The Message’, ‘White Lines’ and ‘Step Off’

Also including the albums ‘The Message’ and ‘Work Party’, which makes its debut on CD in the UK, and full length versions of other hits such as ‘Scorpio’, ‘Message II (Survival)’, and ‘Pump Me Up’ with many remixes and edits previously unavailable on CD

Complete with an essay on the history of Grandmaster Flash & The Furious Five and a full discography. Also available as a 2 LP set, drawing together all their Top 100 hits for Sugarhill Records

Starting out in the 1970’s, Grandmaster Flash made waves on the New York scene as one of the hottest DJs around, thanks to his inimitable mixing style. Expanding his act to incorporate a team of talented MCs, Flash soon caught the eye of Sylvia Robinson at Sugarhill Records, leading to an impressive run of ground-breaking singles.

Tracks such as ‘Freedom’, ‘The Adventures Of Grandmaster Flash On The Wheels Of Steel’ and ‘It’s Nasty’ were successful club records, all leading up to their mainstream chart breakthrough, ‘The Message’ (UK #8) in 1982. 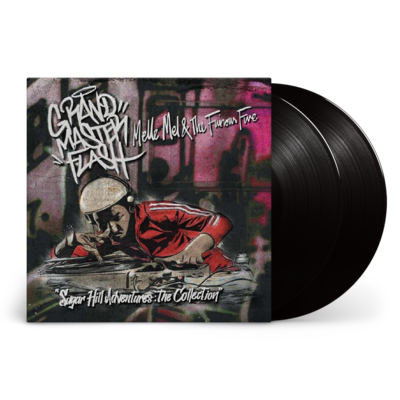