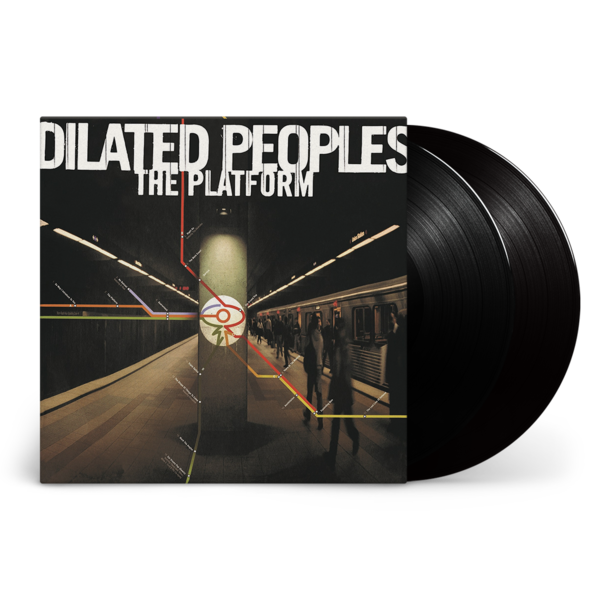 On the West Coast, gangsta rap held sway in hip-hop as the 21st century began. The alternative and conscious rap music of the early-to-mid-90s had all but faded into the underground. The scene was set for a comeback, perhaps as a backlash to the perceived violence and misogyny of gangsta rap's content. Leading the resurgence of alternative hip-hop were groups like Jurassic 5, and recentsignees to Capitol Records; a West coast trio that had been building steam underground since the early 90s called Dilated Peoples. Anticipation was high for the release of the debut album from Evidence, Rakaa, and DJ Babu. (Of the influential turntablist collective Beat Junkies.) When The Platform arrived in May of 2000 it was met with critical and underground acclaim, as well as affording Dilated Peoples their first Billboard chartings. It featured a back-to-basics sound with a heavy debt to the old-school hip-hop ethos, the kind of sound that harkened back to the early days of legends like De La Soul & A Tribe Called Quest. Hits like "No Retreat" and "The Platform" were bolstered by Evidence & Rakaa's subtle, abstract wit, and swift, adroit wordplay, while DJ Babu provided production chops and dextrous scratches. On The Platform the trio were joined by the likes of B-Real, Tha Alkoholiks, Everlast, Planet Asia, and many more providing guest vocals, while boasting guest production from The Alchemist & Kut Masta Kurt, among others. Since its 2000 release this influential record, which heralded the return of alternative hip-hop, has never seen a vinyl reissue. With that, Get On Down-always on top of giving the greatest hip-hop albums their due-is proud to present this re-release of The Platform. The rhymes are still fresh, the production is still pristine, and the album is now back on vinyl for the first time in 17 years.